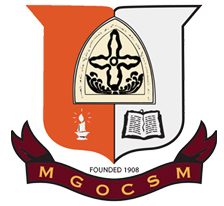 MGOCSM is the student wing of the Malankara Orthodox Syrian Church, It was formed to bring together Orthodox students at colleges and high schools levels and to create in them brotherly love. Initially the movement was started in 1907 by a group of Students and Senior leaders in Madras under the name 'Syrian Student Conference' and its first Annual meeting was held at Thiruvalla on January 1, 1908.The "Syrian Student Conference" assumed its present name "MGOCSM" with the motto "Worship, Study, Service" in the year 1960. MGOCSM is the oldest Christian Organization in India